Kevin Tumlinson is an award-winning and bestselling thriller author, with books available in hundreds of countries worldwide. With a long-standing career in film, television, radio, and podcasting, Kevin is a seasoned world traveler, and has produced documentary programming and films ranging from historic aviation to military history. His debut thriller novel, The Coelho Medallion, was a 2016 Shelf Notable Indie award winner.

Kevin’s love for history, archeology, and science has been a tremendous source a material for his writing, feeding his fiction and giving him just the excuse he needs to read the next article, biography, or research paper. He lives in Texas, but works in random coffee shops, cafés, and hotel lobbies around the world.  You may even spot him at bean here coffee in Sienna Plantation.

Tell us a little about your career. How long have you been writing?

I’ve been writing since I was very young. I joke and tell people I wrote my first book at five years old, and I’m only half kidding about that. When I was five, I wrote a story about meeting and helping a homeless boy. I scribbled it on a Big Chief notepad, on five pages (front and back), using one of those big, fat pencils you use when you’re learning to write.

I called this “my book,” and I even hand-drew a cover for it (even then I was making my own covers) and adorned it with fine staples-and-masking-tape binding.

The story was a hit with its audience—mostly my mom, younger brother, and stepfather. In fact, my stepfather offered to take it to work and type it up for me. But a week or so later, when he asked if I still wanted it typed up, I, unfortunately, said, “Oh, it doesn’t matter to me. You can throw it away if you want.” Which he promptly did.

It was my first and only bout of modesty when it comes to my writing. But it launched me on a path, and I’ve been writing ever since. I started writing professionally (i.e. “for money”) at twelve years old, and I never looked back.

So what exactly is an “archaeological thriller?”

If you’ve ever read Dan Brown’s “The Da Vinci Code” or seen the movie based on it, or if you’ve watched “Indiana Jones” or “National Treasure,” you’ve gotten a pretty good glimpse into archaeological thrillers. My stories have often been compared to Dan Brown and Indiana Jones, actually. I’m pretty proud of that.

But basically, an archaeological thriller is a story that depends on historical artifacts, people, and events as a significant driving force. My character, Dr. Dan Kotler, is an anthropologist—basically an archaeologist who specializes in studying human cultures. He’s also found himself in the strange position of being a consultant with the FBI, partnered with Agent Roland Denzel as the two of them solve crimes that have a historical theme with modern day repercussions.

These stories tend to be fast paced, full of fascinating historical twists and bad guys bent on world domination. Kotler is a genius who can also handle himself when there’s trouble. Denzel is an all-American hero who is generally the one bailing Kotler out of trouble. Together, they’ve become brothers-at-arms, fighting the good fight and solving some of history’s greatest enigmas.

Have you written anything other than archaeological thrillers?

A few years back, I wrote mostly science fiction and fantasy. All of those books are still out there, still available for sale. I love them, and every now and then I dabble with stories in those universes.

But in 2016 I was co-hosting a podcast with a good friend and fellow author, who happened to write thrillers himself. He dared me on air to write a thriller, just to see how it would turn out. So I did. And a couple of things happened.

First, I really enjoyed it. I thought I’d feel limited, writing a book that was so grounded in the “everyday world.” But the truth was, by giving myself a bit of a limit—no aliens, no super technology, no gods in the machine—I had to be more ingenious and more creative to solve the problems I put my heroes into. And the stories relied heavily on my knowledge of history and science—two things I find fascinating. So I found I was loving the stories and the style.

Second, the book I wrote as almost an inside joke ended up becoming a bestseller on Amazon. It also went on to win awards, including the Shelf 2016 Notable Indie Award. And best yet, it got a huge response from readers, who seemingly could not wait to tell me how much they loved it and to demand I write more.

I listened. And at the moment I have seven titles in this Dan Kotler series, with an eight nearly complete. And I have no intention of stopping anytime soon.

What were some of your inspirations? Do you do any research?

Oh yes, there is research. Loads and loads of research. But it’s a lot more fun than I had imagined when I first started thinking about this.

I read everything I can get my hands on. I listen to podcasts, watch YouTube videos and films and television shows, and I to talk to people, including actual archeologists and historians. I do all this, but I mostly do it for fun. The stories sort of evolve out of that research.

I also travel a lot. And travel inspires me. I’ve written quite a few stories set in places I’ve visited, and they’re some of my best. Travel has been my best inspiration.

So you’re a “local” author—how long have you lived here? Does Sugar Land ever factor into any of your books?

My wife and I moved to Sugarland in 2011, and other than taking a couple of years to travel full-time in our RV, we’ve lived here ever since. We love it here. The people are amazing, and everything we could possibly want is within reach. It’s a safe environment, and it’s beautiful.

And it has a rich history of its own. I’ve studied quite a bit about local history, and occasionally details do end up in my stories. One day I intend to set a full book here, but I haven’t hit on the right idea just yet. It’s coming, though. I’m looking forward to it because I think I can do this place justice and create a memorable adventure.

Where can readers find out more about you and your work?

Everything you could possibly want to know about me is available on my website at kevintumlinson.com. There you’ll find out all about me, but more importantly, you can find all of my books. Plus, if you happen to want to write yourself, I host a show called The Wordslinger Podcast, which you can find on that site.

If you come by, say hello, and I’ll say hello right back. And if you sign up to my mailing list from that site, you’ll start getting very-not-spammy emails from me, usually with some bit of history I’ve discovered while researching one of my books. 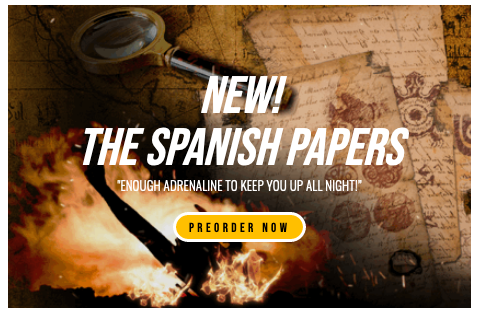 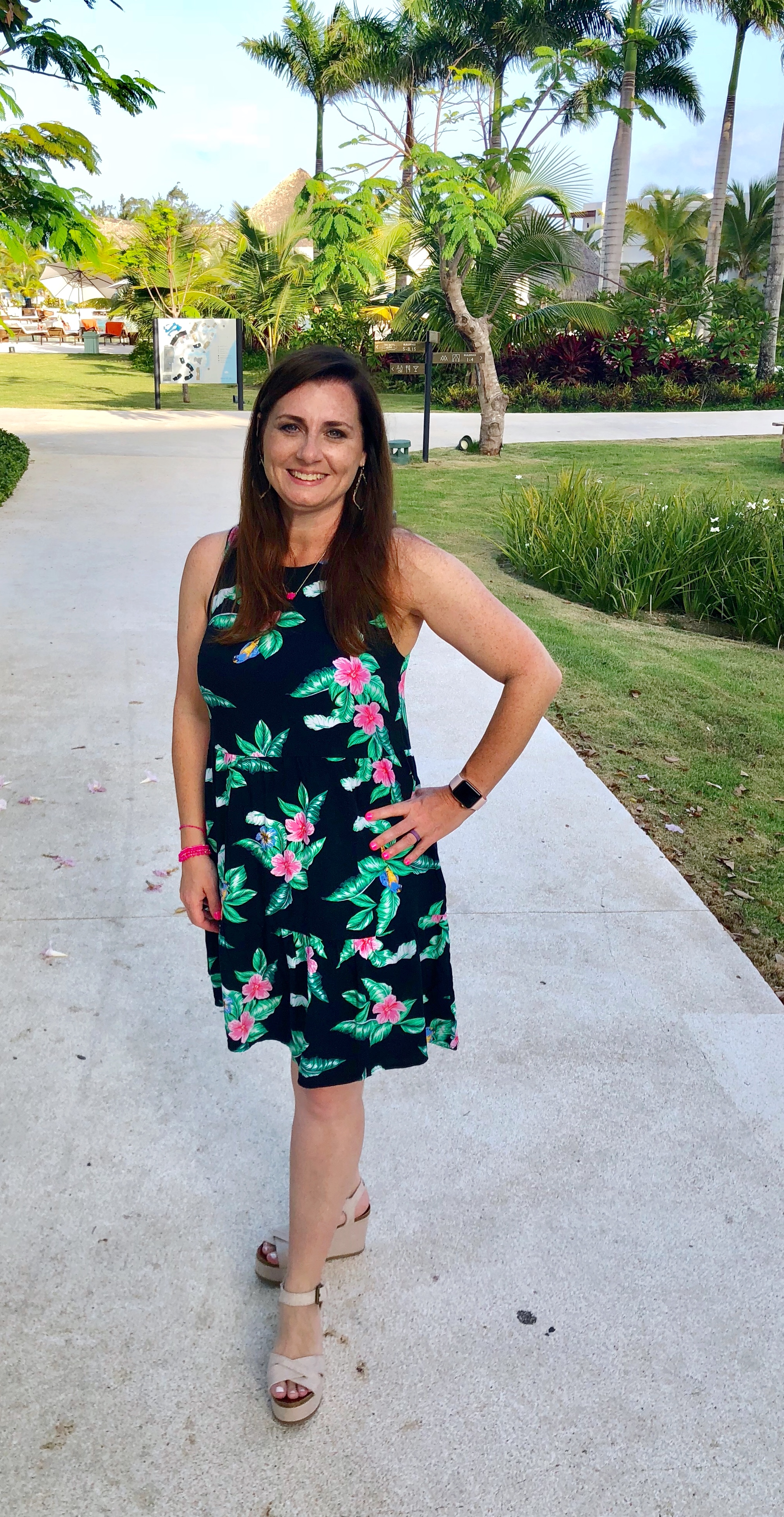 Founder of Sienna Scoop – a community blog.  A wife, mom, and a business owner. I was born in Houston, Texas and moved to Sugar Land, Texas when I was 12 years old. We moved to Missouri City, Texas from Sugar Land, Texas in 2009, primarily to be closer to family and instantly loved our new neighborhood.  We love living in this community, it’s like living in a small town.   One of my favorite things to do is DIY and crafting projects, for me, this is how I relax from the day to day grind. 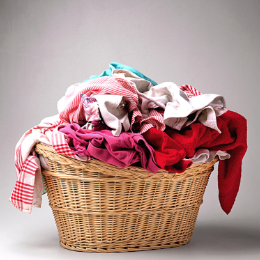 The Chore that Keeps on Giving – LAUNDRY 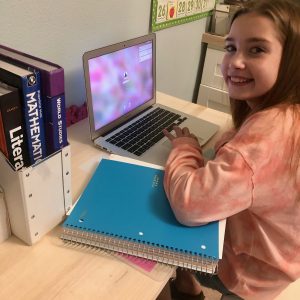